“Modern industry saves us endless drudgery, but… it also bars us from taking part in the forming of material and leaves idle our sense of touch, and with it, those formative faculties that are stimulated by it.”
—Anni Albers 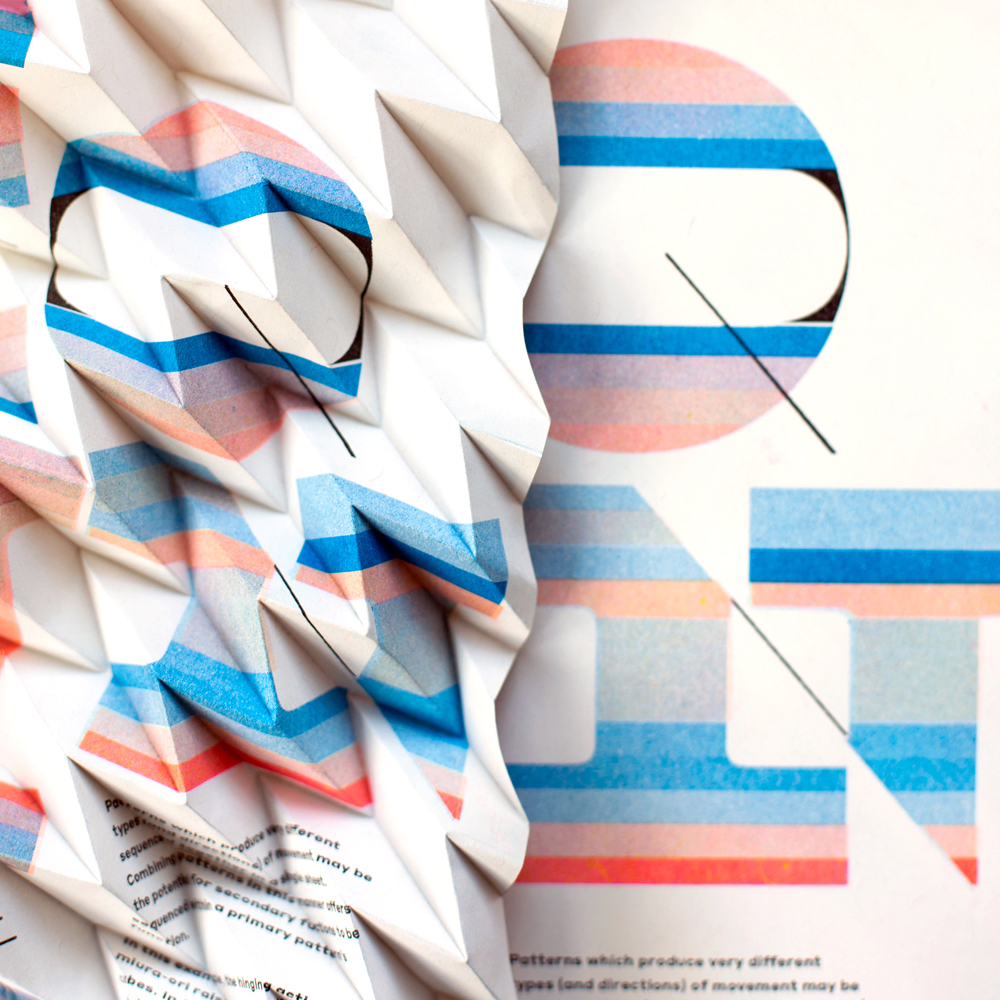 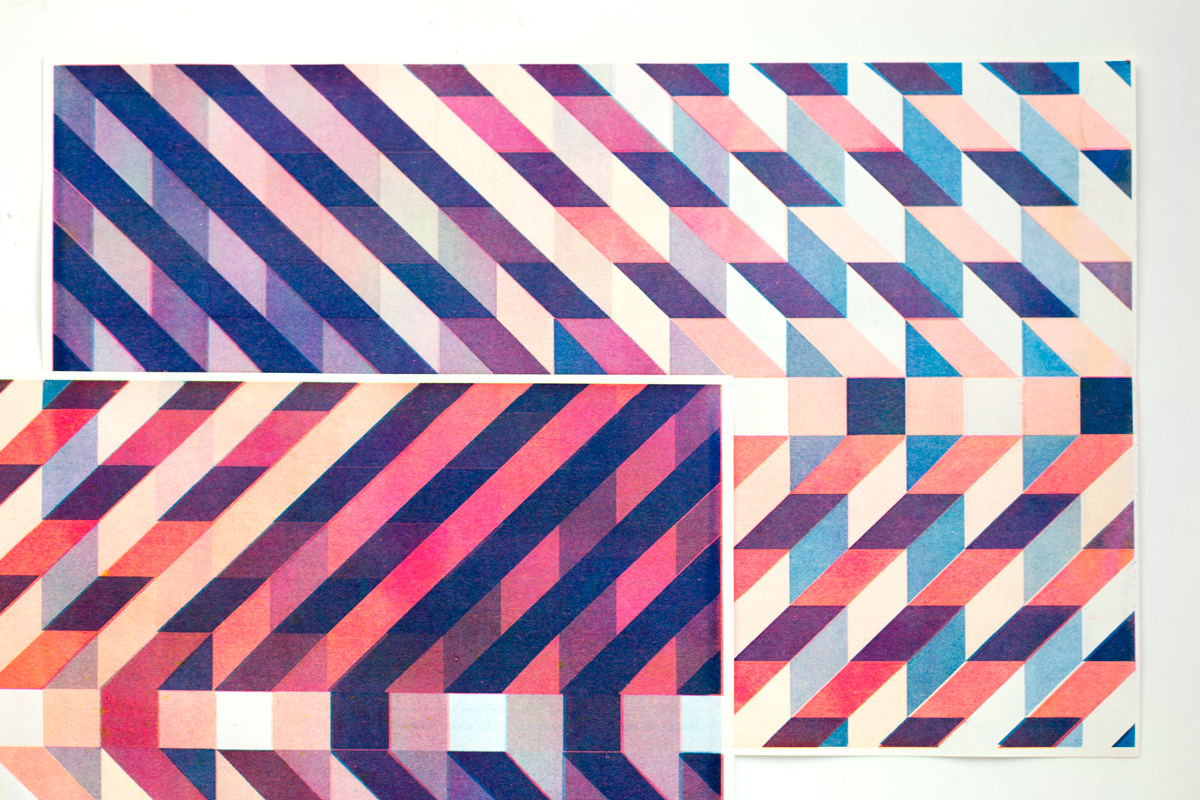 Two things:
1.) I am organizing a new, experimental course at the School for Poetic Computation on the topic of folding-as-tech (rather than just a craft.)
and…
2.) I’ve made these ^^ foldable RISO prints, which you can buy!. They introduce the topic through super-satisfying paper folding activities (+ deformable, physically-animated typography.)

“Folding as tech” may initially sound like the niche pursuit of a handful of artists… wholly-unmoved by considerations of practicality*. It is actually an intimidatingly-wide topic with entry points from a multitude of disciplines. The notion of folding-as-tech spans centuries of nearly-forgotten tactile wisdom (ex.: origami) and the pressing demands of super new applications (ex: self-folding robots.) These are, for the most part, disciplines which never have a reason to talk to each other.
*no judgement, we’re gonna do that too 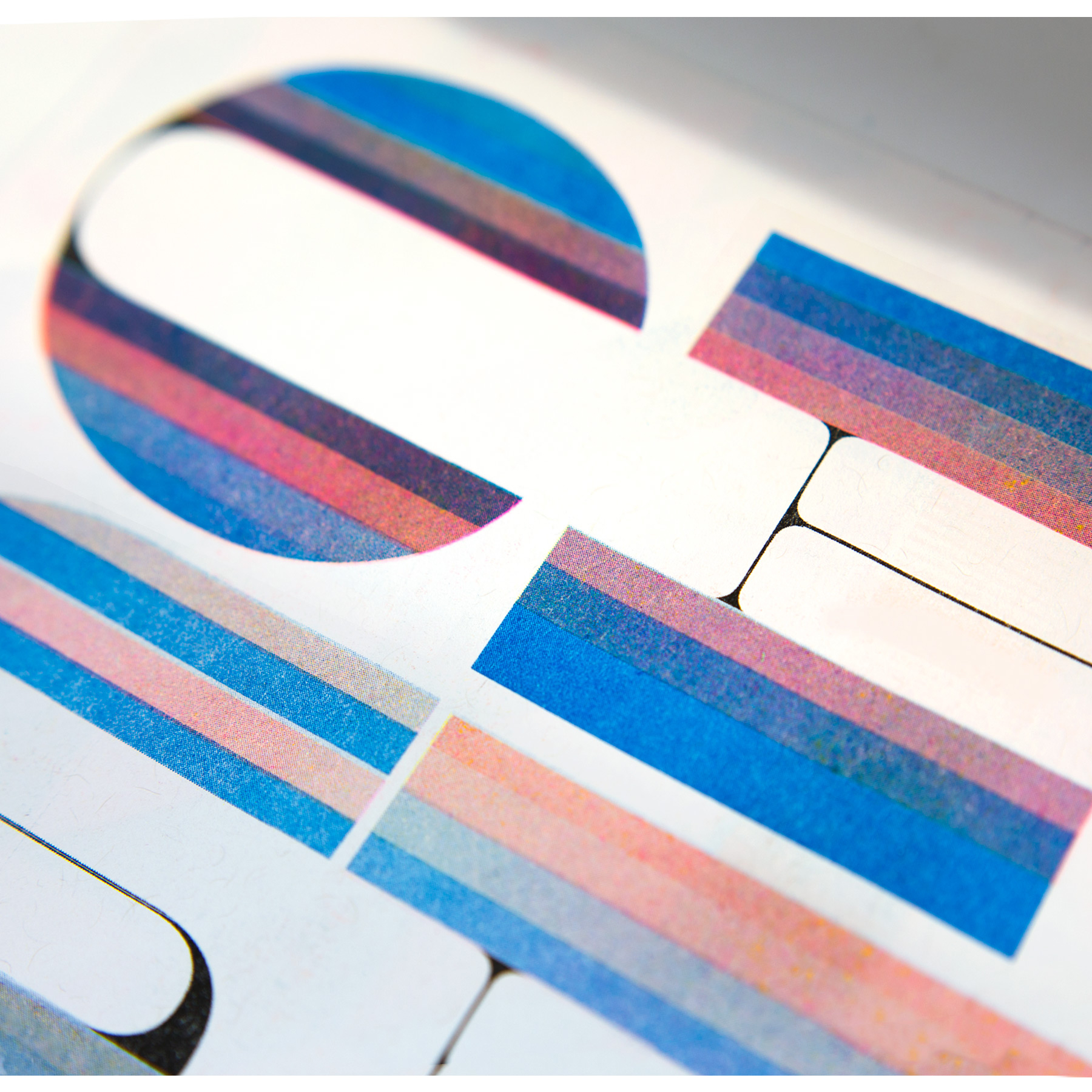 The knowledge, techniques, and ideas surrounding this topic is so broad, in fact, that the course’s co-organizer—computational origami artist, Robby Kraft—and I keep stumbling upon things and then wondering aloud: “Wait, so maaaaybe the entire world could have developed using flat-foldable technologies rather than mechanics?? (Like: if the Western world was less dominant during the Industrial Revolution and origamic techniques managed to proliferate?)” Would we ever, like… get to cars? Or would transport be 100% wriggling surfaces / 0% vehicle?

With resource depletion eminant (and its attendant human rights abuses increasingly being uncovered by the media), such thoughts are beginning to be thought outside of the context of art class. More thinkers are looking towards tech’s non-dominant counter-histories for hints on where to go from now—ways that an alternative history of tech could have developed (and ways that parallel techs have developed covertly, under the radar as “craft”.)

Focusing on the development of computational systems, she takes on powerful narratives of innovation and technology shaped by the professional expertise that has become integral to the field’s mounting status within the new industrial economy. To do so, she intervenes in legacies of design, expanding what is considered “design” to include long-silenced narratives of practice, and enhancing existing design methodologies based on these rediscovered inheritances. Drawing on discourses of feminist technoscience, she examines craftwork’s contributions to computing innovation―how craftwork becomes hardware manufacturing, and how hardware manufacturing becomes craftwork. 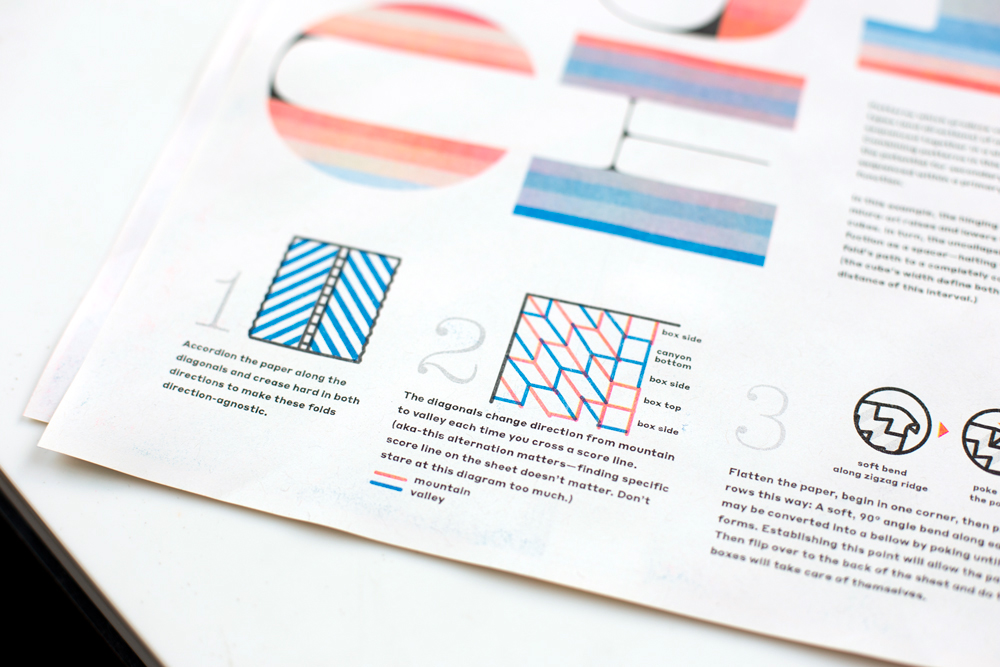 Our class was formed in with this same spirit of questioning and reassessing what we can actually do with materials that are supposed to “do” nothing.

We are putting a bunch of multi-disciplinary people in a room together to learn from each other, but also, simply: to daydream freely without the confines of “the right way to do X.” To ask what could be, if the history of technology had progressed different? If the world ran off of someone else’s narratives.

And—of course—to figure out the range of things we can we build from this paper, tyvek, and cardboard.

In my own work, I’ve been using paper engineering* techniques to reimagine black box tech as lo-fi paper structures. Ones which tap into the laws of physics to make something happen, implicating the user in a direct collaboration with sound, light, time, or wind. My purpose with this is to connect people (mostly children) with the physicality of the world around them. (To open up the possibility of building something out of nothing by showing that the notion of “nothing” is a fallacy.)
*what pop-up book people do 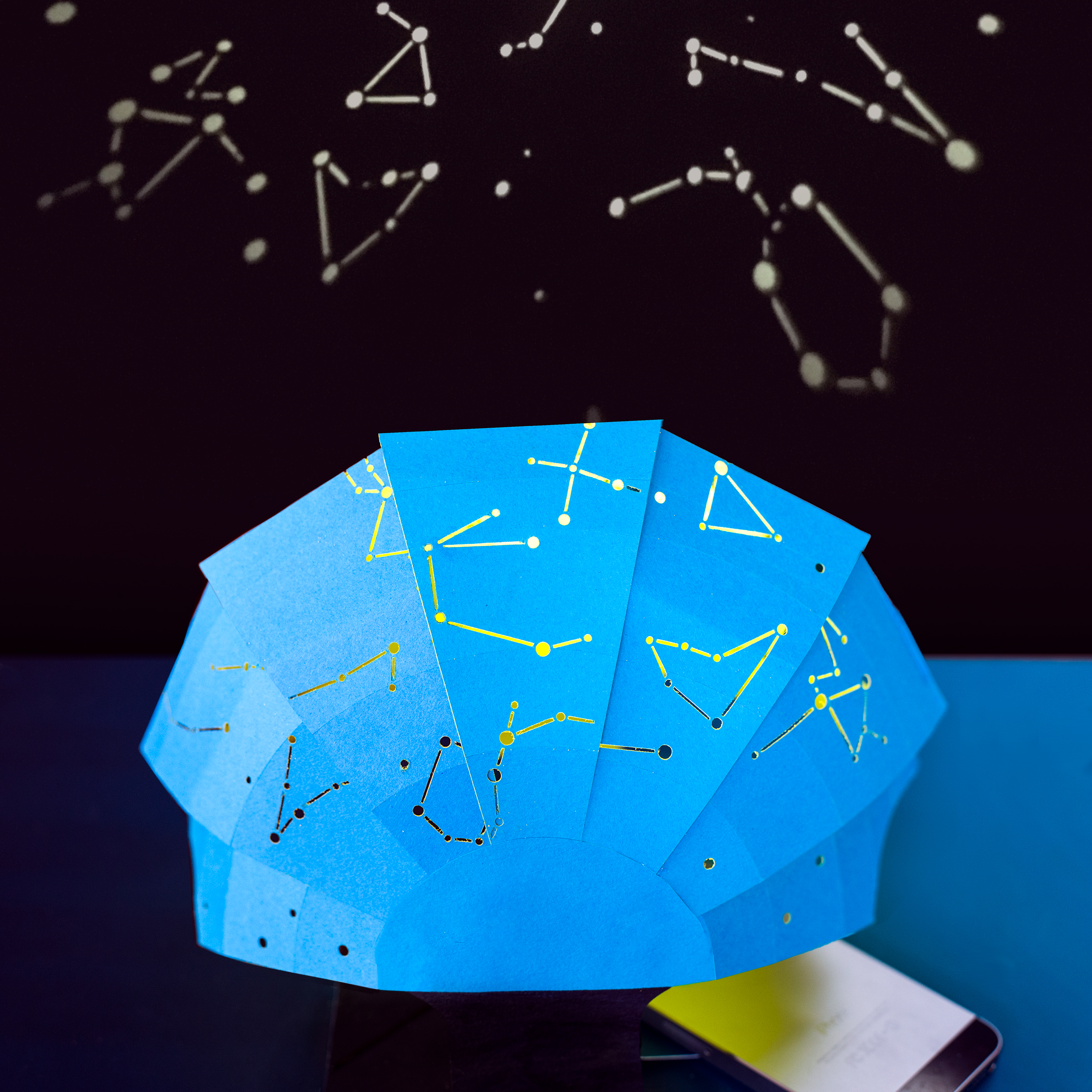 Artist-researchers like Coralie Goucheron (who is also teaching in our course! woo!) are silkscreening circuits and touch-sensors onto paper, in order to make tech with significantly less e-waste. 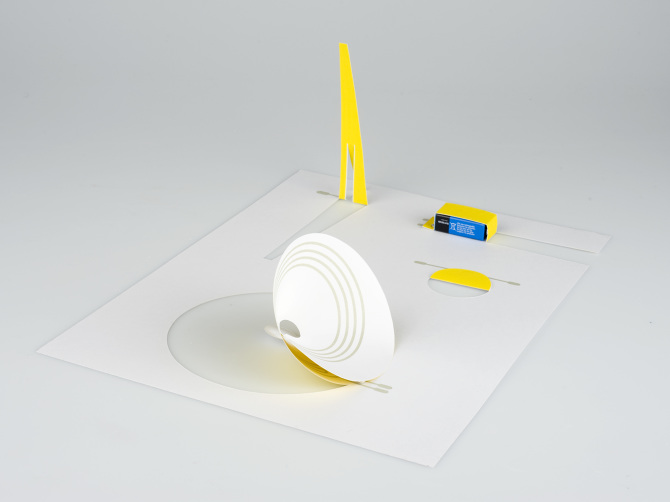 In the world of research, auxetic structures made from folding patterns seem to really be in [academic] vogue right now. I spent a month this summer reading Nature, rifling through online journals, teaching a workshop at the Exploratorium, and making this risographed poster series to learn about the tech applications of auxetic folding systems… 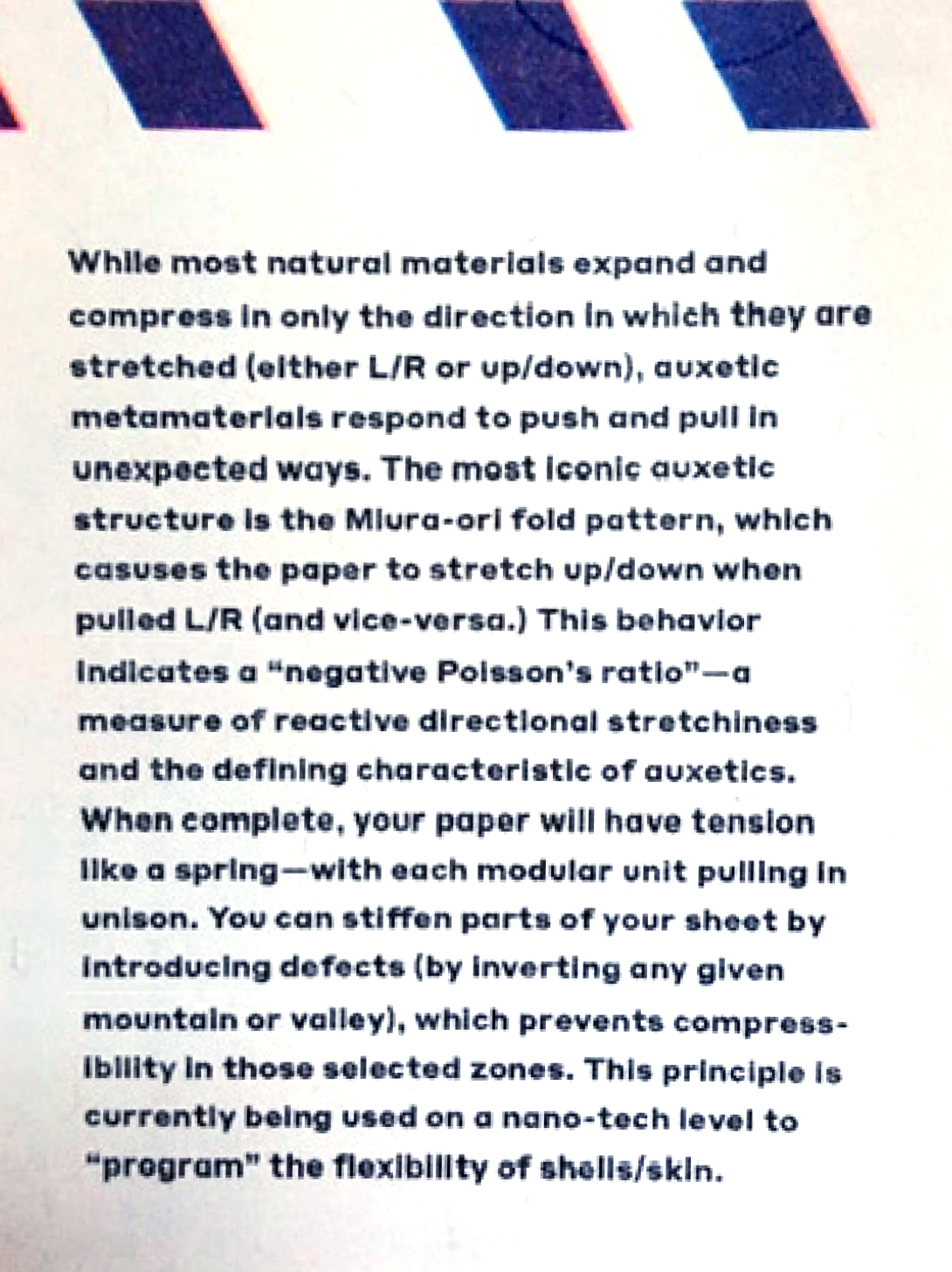 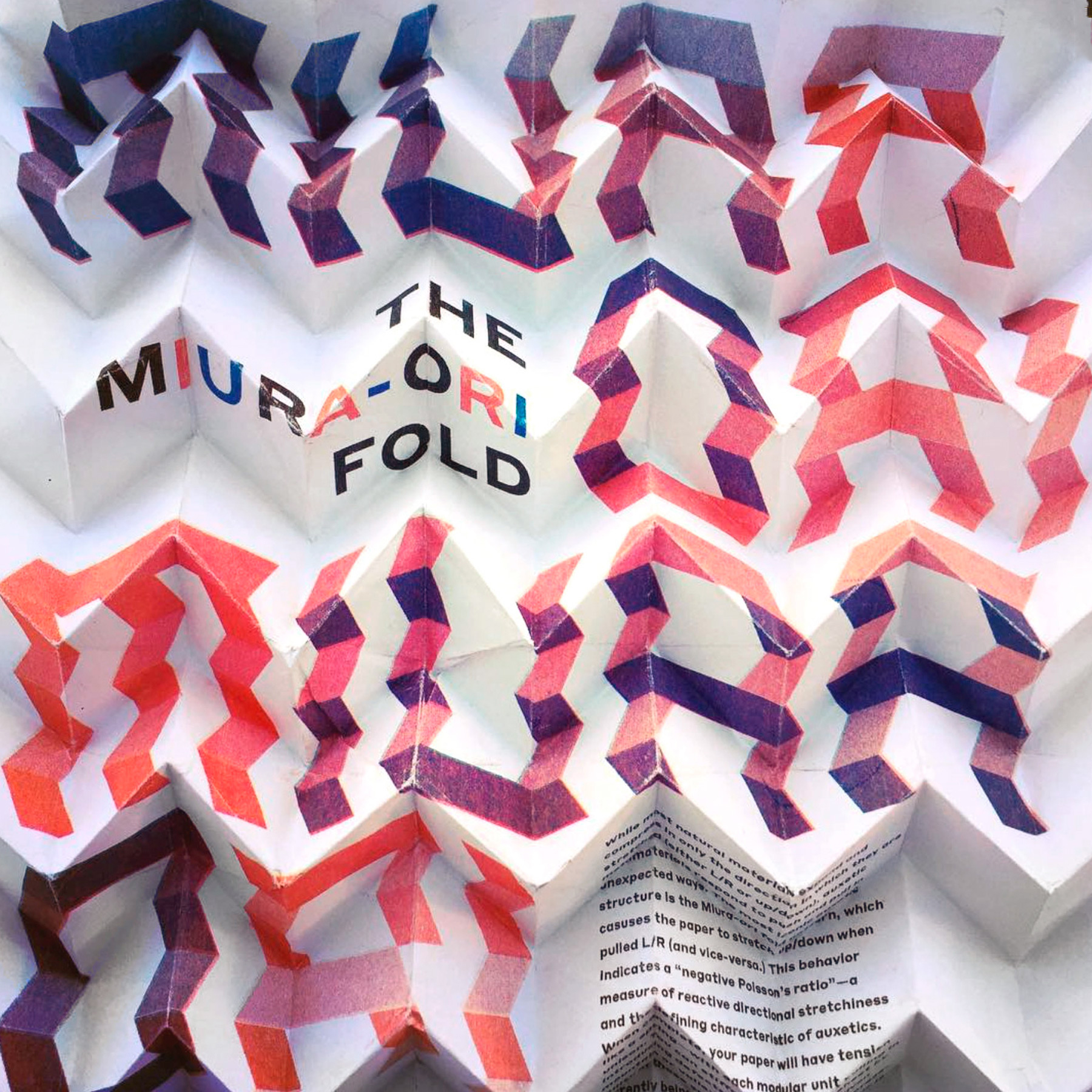 This structure performs in two weird ways:
1.) It compresses up/down and L/R simultaneously. This is the quality that makes it a auxetic metamaterial, and is a behavior difficult to engineer with traditional mechanical parts
and
2.) If you press to deform one of its zig-zags inside-out, it will stop compressing in that area, but the pattern will continue to compress all around it. It is therefore a “programmable” surface in this respect.

The Miura-Ori’s superpowers help explain why documentaries like “The Origami Revolution” are being made right now, as humans move into tinier and vaster spaces (designing for building both nano-tech and satellites!) There are simply contexts where you don’t want nuts, bolts, gears, or other detachable parts that could become disconnected. Outer space and within the human body come to mind.

In these contexts, whenever function can be choreographed by manipulating homogeneous sheet material, it is preferable to heterogeneous, multi-part contraptions. In the case of nano-tech, folding enables function in contexts too microscopic for multiple materials to be used to enable function. 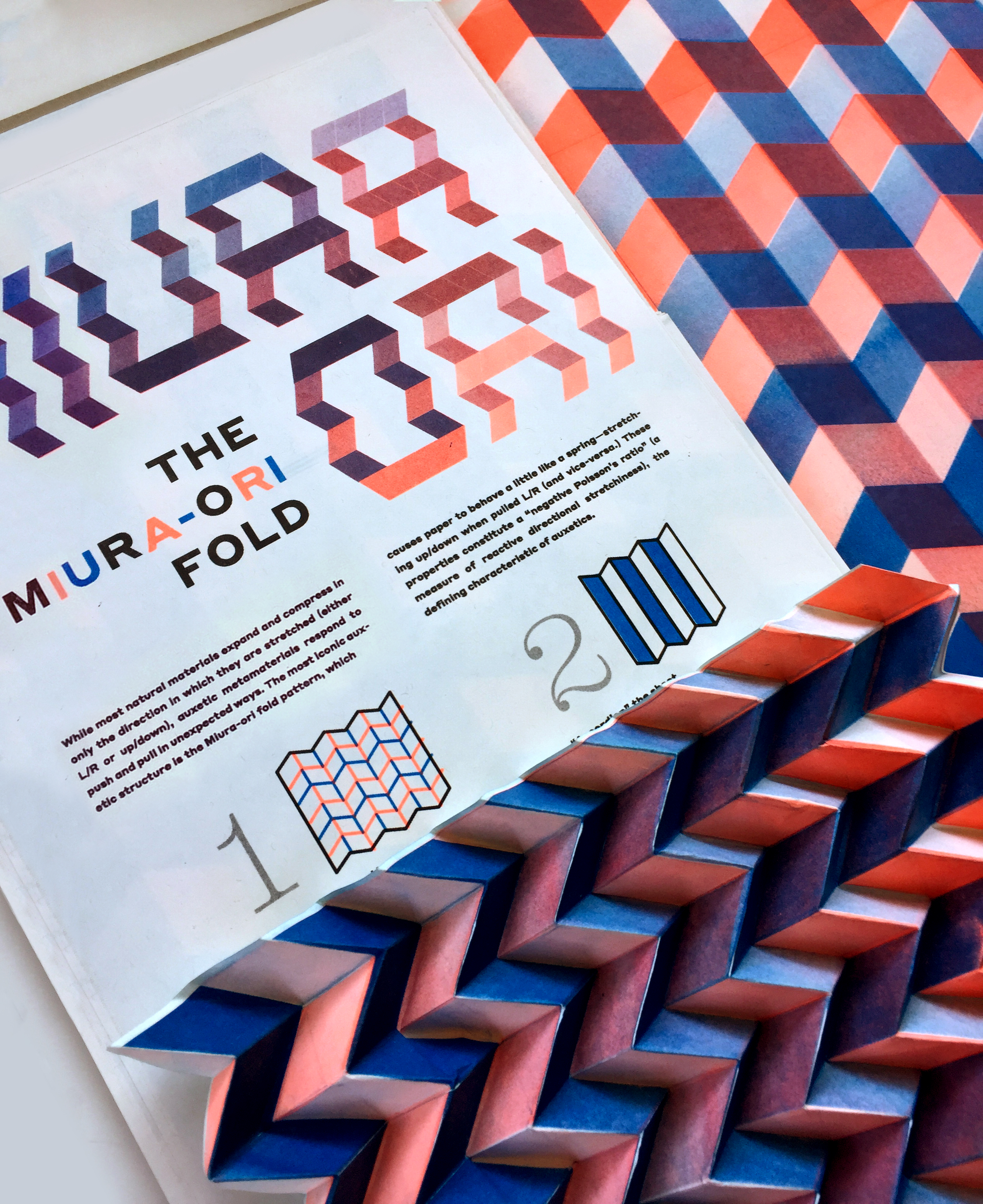 The Muiri-Ori is not the only folding pattern with secret tech superpowers.“An origami tunable metamaterial,” from the Journal of Applied Physics explains how the traditional origami Waterbomb pattern might be modified to work in tunable applications (like as an antenna.)

There are additional applications for this shape in measuring acoustic transducer arrays which I will not pretend to understand. (Have tried. Feel free to explain it to me. ) 🙂 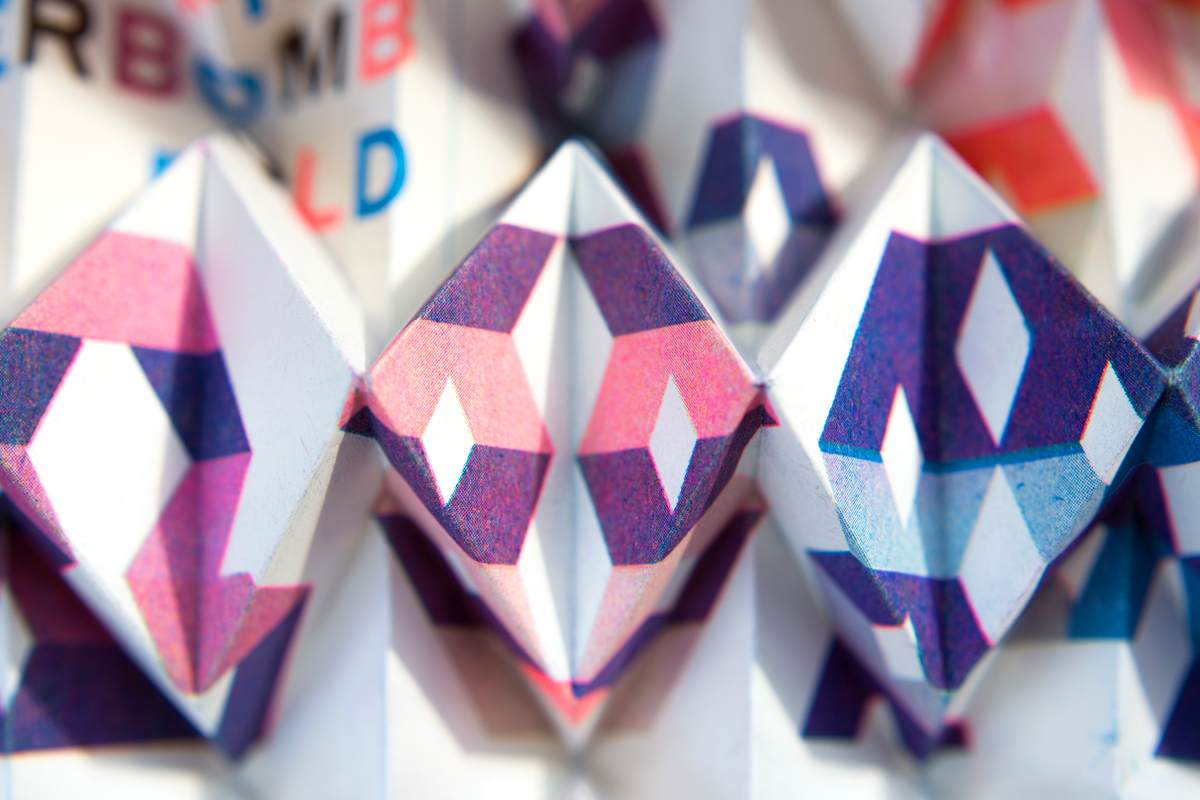 Other topics which we will definitely cover in class:

• Friend (and fellow Movable Book Society member) Matt Shlian used an absurdly-simple kirigami technique to radically reduce the materials required by solar panels, while improving their efficacy to track with the sun. 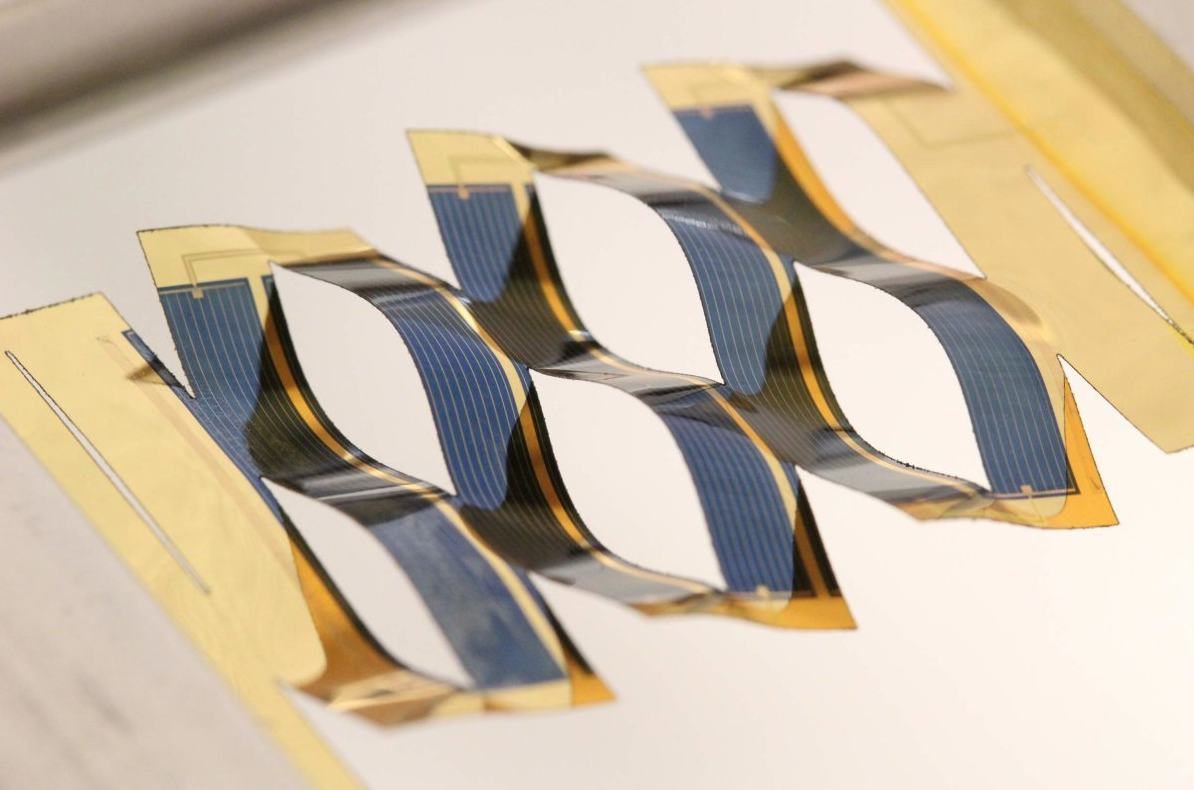 • And—as reported in the NY Times last year—origami-minded researchers finally “discovered” how ladybug wings, which are deployable structures, unfold. (And people are beginning to wonder what to build with this new knowledge… (!))

This is all to say, it’s a **super-exciting** times in structure, topology, folding/unfolding problems, and paper right now. (Also: super-bad times elsewhere and paper folding is therapeutic, SO…)

You should definitely join us at SFPC in February! So far it is: me, Robby, Coralie, Robert Sabuda alum/pop-up mastermind Simon Azripe, and weaving/tech/computation genius Pam Liou. Additional teachers will be announced soon. Learn more here »

And if you’re fresh out of pre-scored RISO prints about folding and tech, I got em » 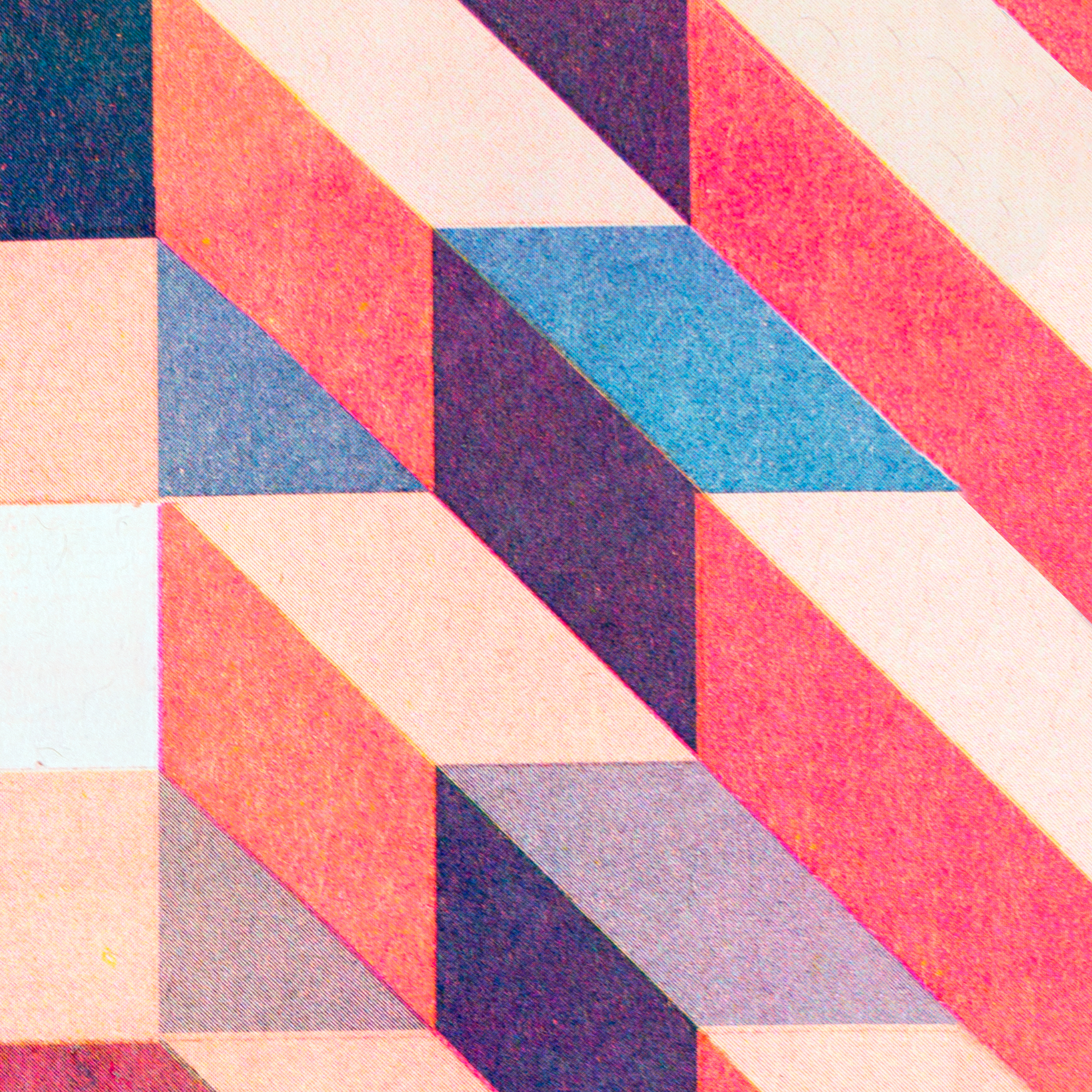 4 Responses to “Folding as Craft Tech”