Most of us have received unsolicited feedback about our speaking voice at some point in our lives, but few are likely to endure the level of scrutiny apportioned to female NPR correspondents—whose voices constitute their public-facing identity. When Kainaz Amaria and Claire O’Neill approached me to animate NPR’s report on Talking While Female, I was pretty excited to help lay out the vocabulary surrounding this nefarious thing-we’ve-all-witnessed-but-have-never-really-considered-closely… (And see what tales of woe the real professionals had to tell.) From Selena Simmons-Duffin’s great audio report, I created this animation from paper and computers:

Since the deadline was so tight. I had no choice but work smarter/faster than usual—taking advantage of the strengths of analog work-processes (capturing real light+shadows, gestural frame-by-frame animation for character) and use digital processes wherever nimbleness was required for feeling-out elements (like tweaking color and timing animation.) The whole thing evolved from source video, to Illustrator drawings, to paper cutouts, to photography, to colorization, to animation.

First, for each speaker, I drew their heads five times to create adequate frames for mouth opening and closing. 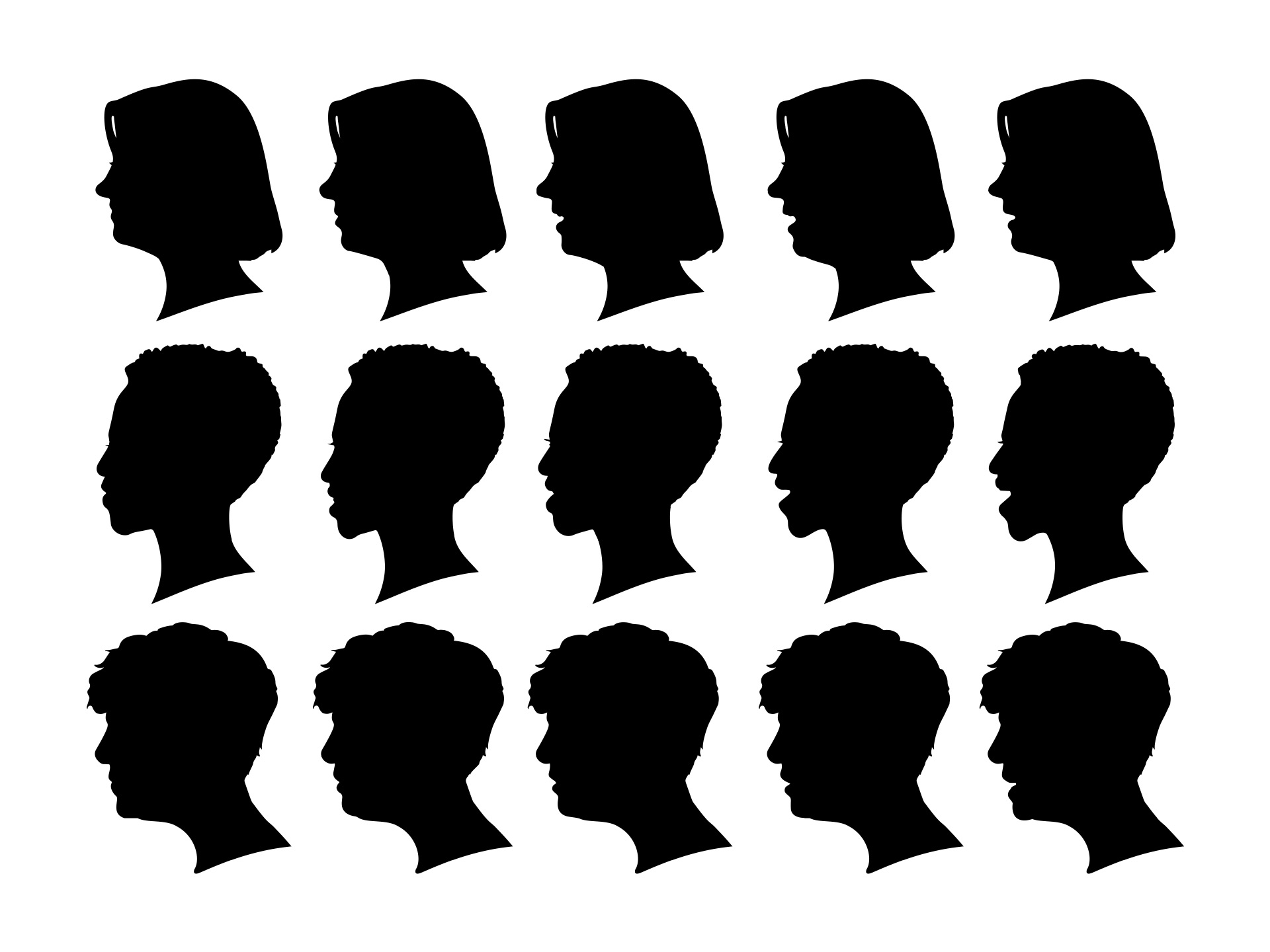 2.Then, those drawings got cut out of black paper.

I photographed both the positive shapes and the negative cut-outs for each frame, since I wasn’t sure which would work better. Lifting the negative shape cutouts off the table by about half an inch provided the most pleasing shadows. 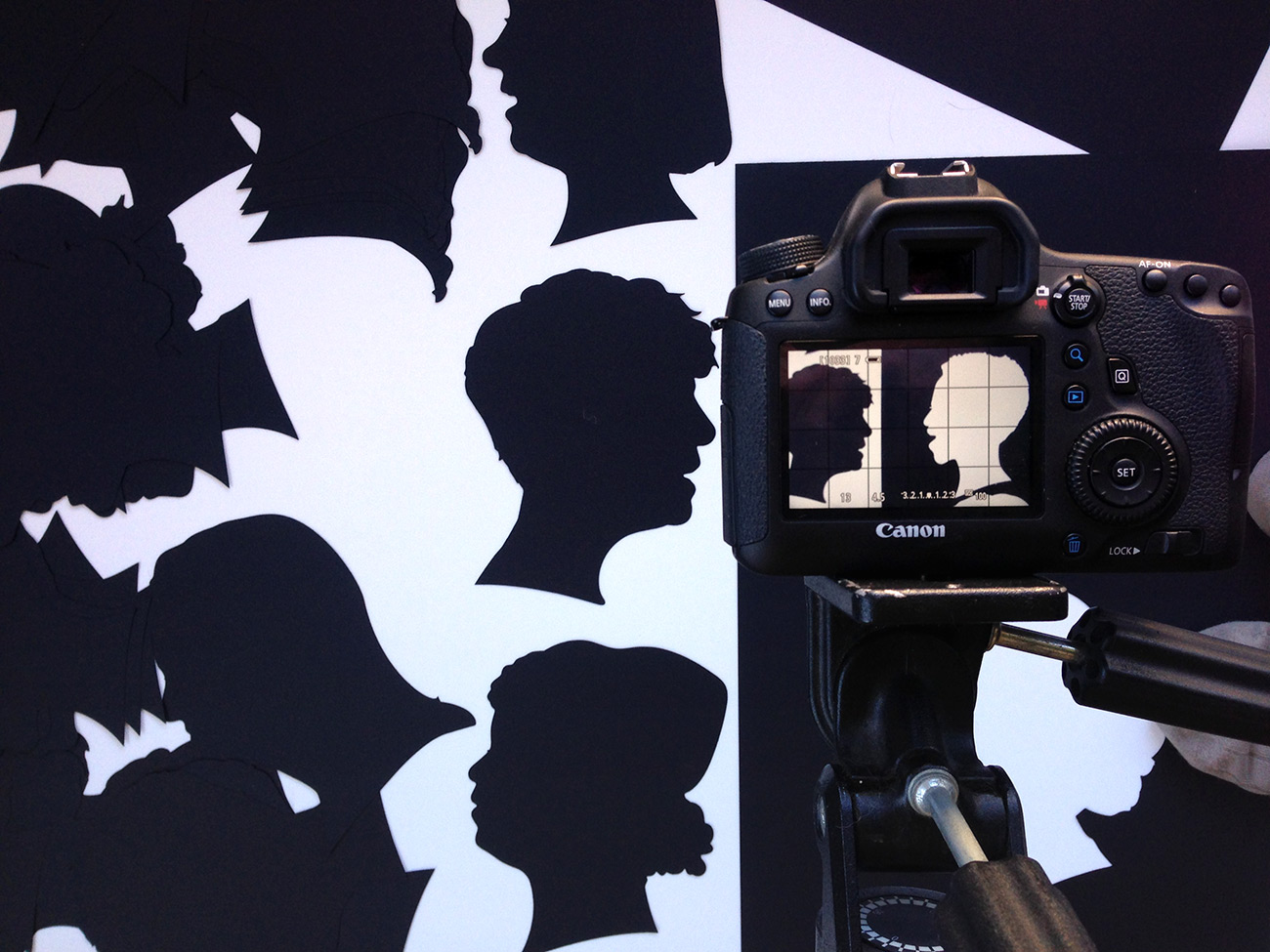 I generally spend far too long making the color decisions. The final treatment (right) is a colorized version of the photographic original (left.)

After all of the various frames, layers, masks, etc. were complete, I imported the project into After Effects to animate the elements. To help automate the cumbersome job of animating mouth movement rhythm, I used a plugin called Soundkeys—which was equally helpful and frustrating/disappointing to use. The general idea was that I would map the mouth movement to the peaks and valleys of the voice audio waveform. When the waveform peaks, it would trigger the widest mouth and the highest EQ dots frames. There are 5 total zones in the waveform:

It required a ton of manual intervention, patches, and tweaking to feel natural, but ultimately I believe it saved time.

Update: Boone Sommerfeld informed me of this Skillshare class with another technique for lip-syncing.

There were several neat little details that just had to be built and shot the longhand way:

The heads were the most time-consuming element to illustrate and fabricate, but could be used in a variety of ways throughout the video.

So proud to have the opportunity to work with the team at NPR on a topic so near and dear to my heart. (Withholding judgement of Kardashian-like voices thenceforth…)

13 Responses to “Talking While Female”