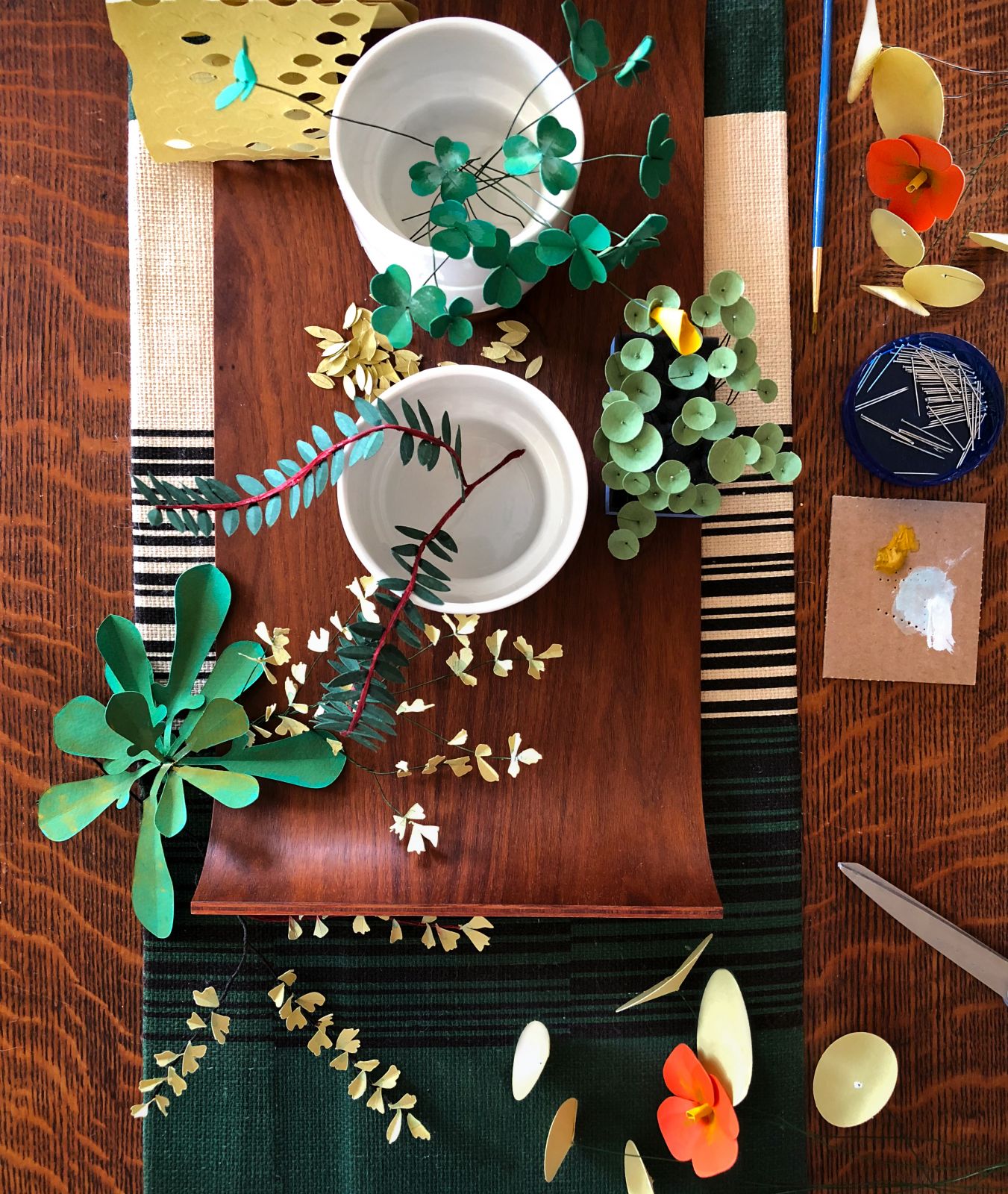 This stop motion animation was developed for The Universe in Verse, an evening of poetry and science created by Maria Popova on April 28, 2018 at Pioneer Works. Read her wonderful post about it—which provides the full context of the event. 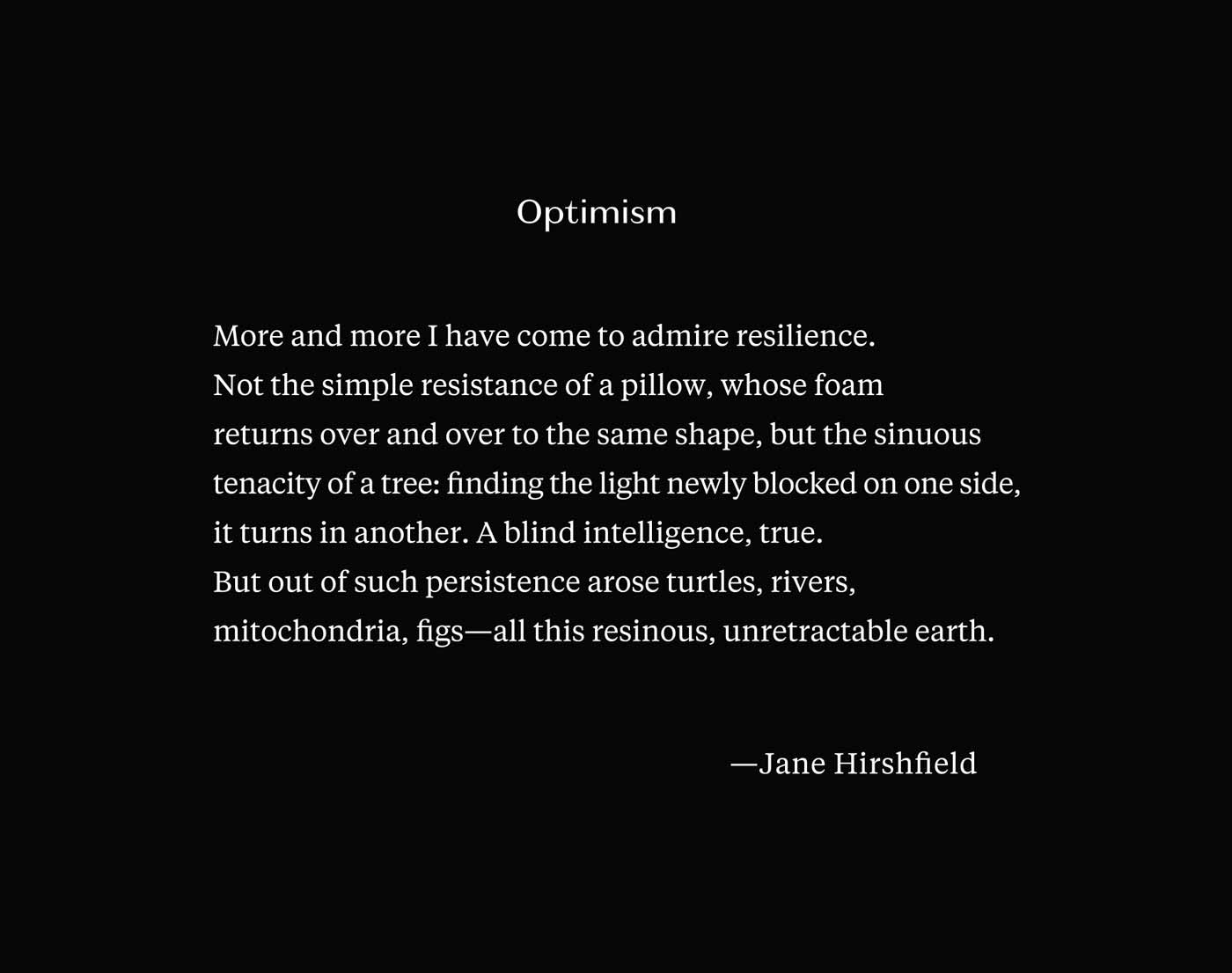 I’ve just completed this tiny film defending optimism in spite of… [insert every single thing that has happened in the past two years.] Given the sorry state of the world, I’ve been heartened to see friends scavenging for durable, believable reasons to be optimistic in a variety of inventive places—oftentimes creating it from scratch, defining exactly what our future [non-binary/non-patriarchical/non-gendered] utopia will entail. Perhaps it has always been there, under the surface, but strategies for cultivating optimism has become a pastime people now share out in the open.

I, myself, am not good at this. I have a ton of experience with the cultivation of pessimism (as it has always seemed to more realistically insure against disaster.) My sketchbooks are filled with lists to the tune of “157 ways this can go wrong”—detailing alternate production strategies, persuasion strategies for unreasonable clients, Plan Bs, Fs, and Ws. At seven years old, I stopped drinking Louisiana’s tap water, as I was convinced a hazardous waste spill was leeching into the water table (for specific, although now forgotten, geologic reasons.) At nine, I lost faith in humanity’s ability to treat farm animals humanely and quarantine mad cow disease and permanently stopped eating meat. I spent grad school: 1.) researching the Department of Energy’s/Sandia National Laboratories’ failed plans to mark nuclear waste effectively, 2.) diagramming the mockery American consumerism increasingly makes of “choice”, and 3.) listening to “Song Against Sex” repeatedly. (and—as the apocalypse actually wasn’t headed straight for my fancy university—laughing at myself… I hope??…)

In adult life, I have made a career of throwing myself whole-heartedly into unreasonably unforgiving projects that will “probably never work” according to… everyone, especially experts. Within the production of these objects, the old adage of “everything that can go wrong, will go wrong” is an understatement. However, lately, the problems manage to extend even beyond the bounds of “everything”, finding novel ways to malfunction beyond my wildest dreams. Hidden forces surface—making their existence known by inflicting some existential blow or another to my mission… and I discover new ways that everything can break. 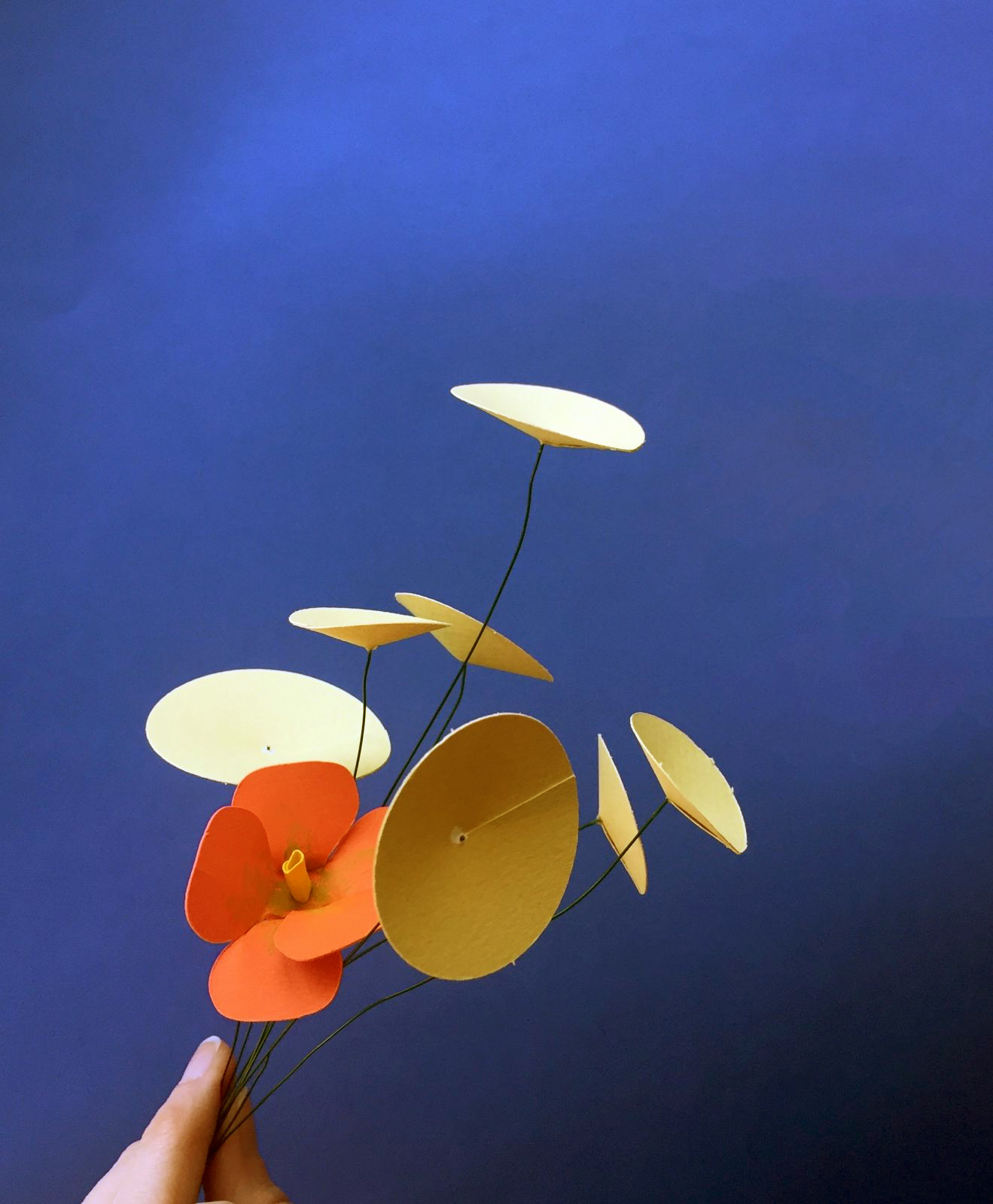 The upside to expecting chaos, though, is that it loses its damn power: when something fails, my only question is HOW FAST CAN I TRY THE NEXT THING? To me, making things has always felt less like imposing order on the world and more like surfing on a sea of barely-controllable complexity. As a result, the things I tend to appreciate in mine and in other people’s work (and personalities) are usually the most unlikely to succeed—those attributes most transparently colored by struggle. (<--conversely, art and design that feels too "pat" and lack grit carry the same emotional heft for me as stock photography.)

This is why I’m so smitten with Hirshfield’s poem. It seems to say that optimism belongs to the pessimistic preppers. (Those of us working on plan P before plan A has even officially failed.) In her sparse, wise poem, Hirshfield makes the case that struggle’s way of eeking out new possibility is where creativity comes from. Only by blocking the path of least resistance, is that searching, “sinuous tenacity” of life fully engaged and motivated. Adversity was a necessary precondition for evolution to produce the biological smorgasbord of “turtles, rivers, mitochondria, figs.” 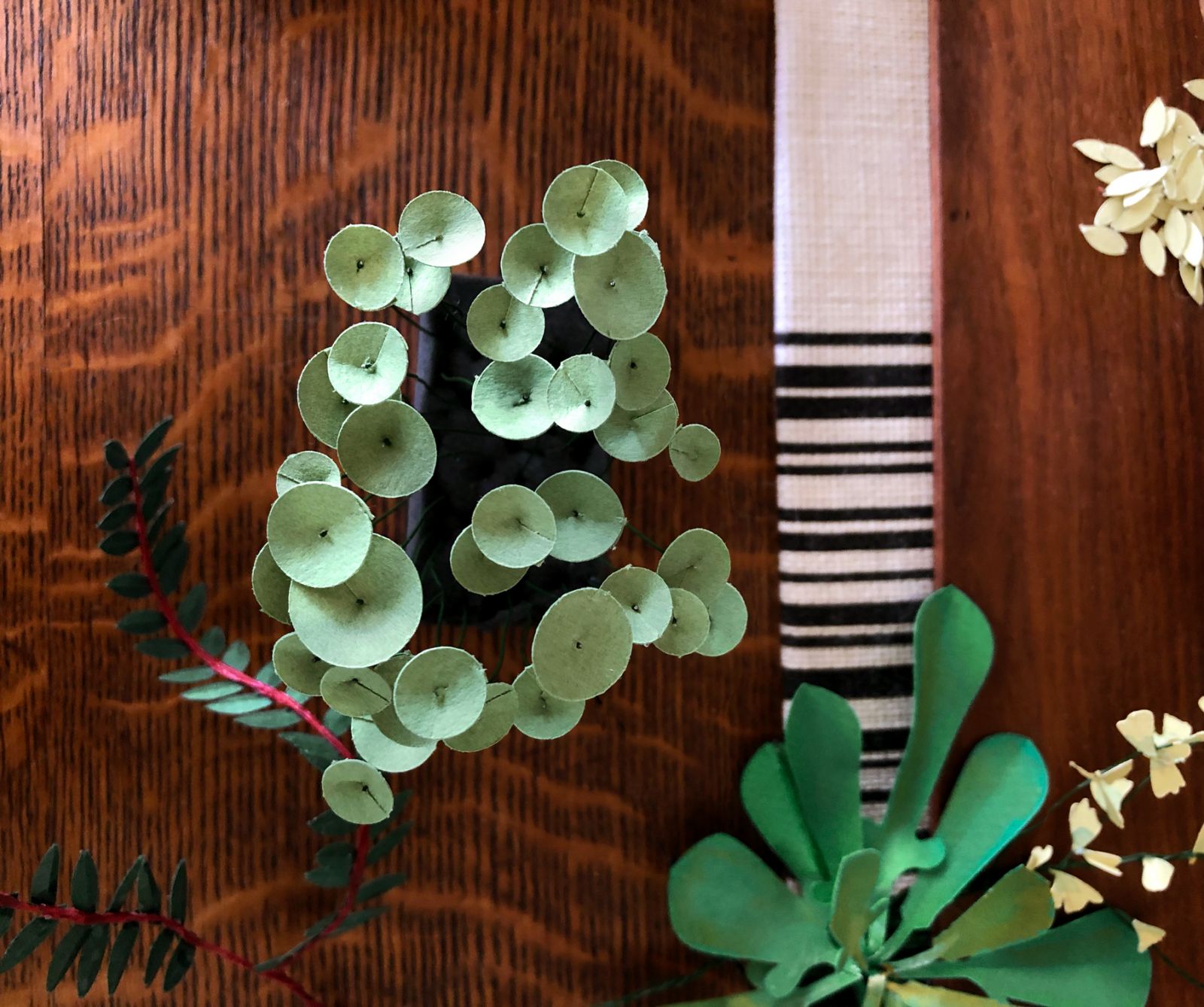 Jane couldn’t make it out to Pioneer Works to read the poem aloud in person, so longtime friend and event organizer, Maria, approached me to create visuals to accompany Optimism. Needless to say, all of this bending-toward-the-light required some stop motion (I’ve got a hammer and just watched some solid Wes Anderson…) In creating the animation, Maria and I decided upon New York City weeds as our tiny, quotidian mascots of resilience. She emailed this photograph (from San Francisco, but we have this clover weed here too): 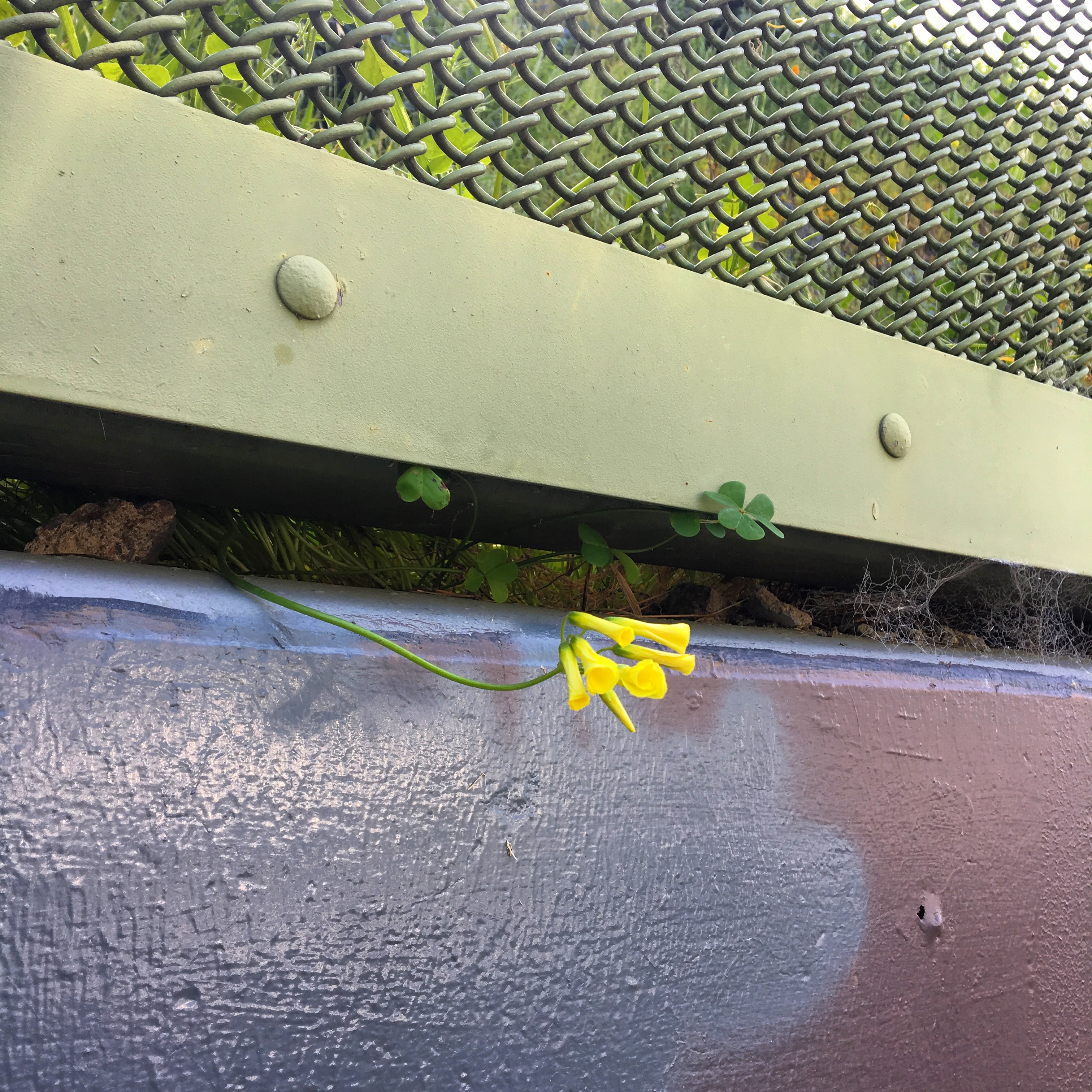 And I came back with this, filmed in the waterfront park in Williamsburg near where I live (under super-windy conditions that were just awful for stop motion):

For the other cuts, I researched which weeds grow in NYC, built the shapes from recycled paper and floral wire, situated them in the grossest, nastiest places in the urban landscape I could find. I then proceeded to destroy them frame-by-frame to make them performatively shrink (later reversing the frames into growth.)

This is what it looks like when my sausage fingers shrink a delicate, paper weed: 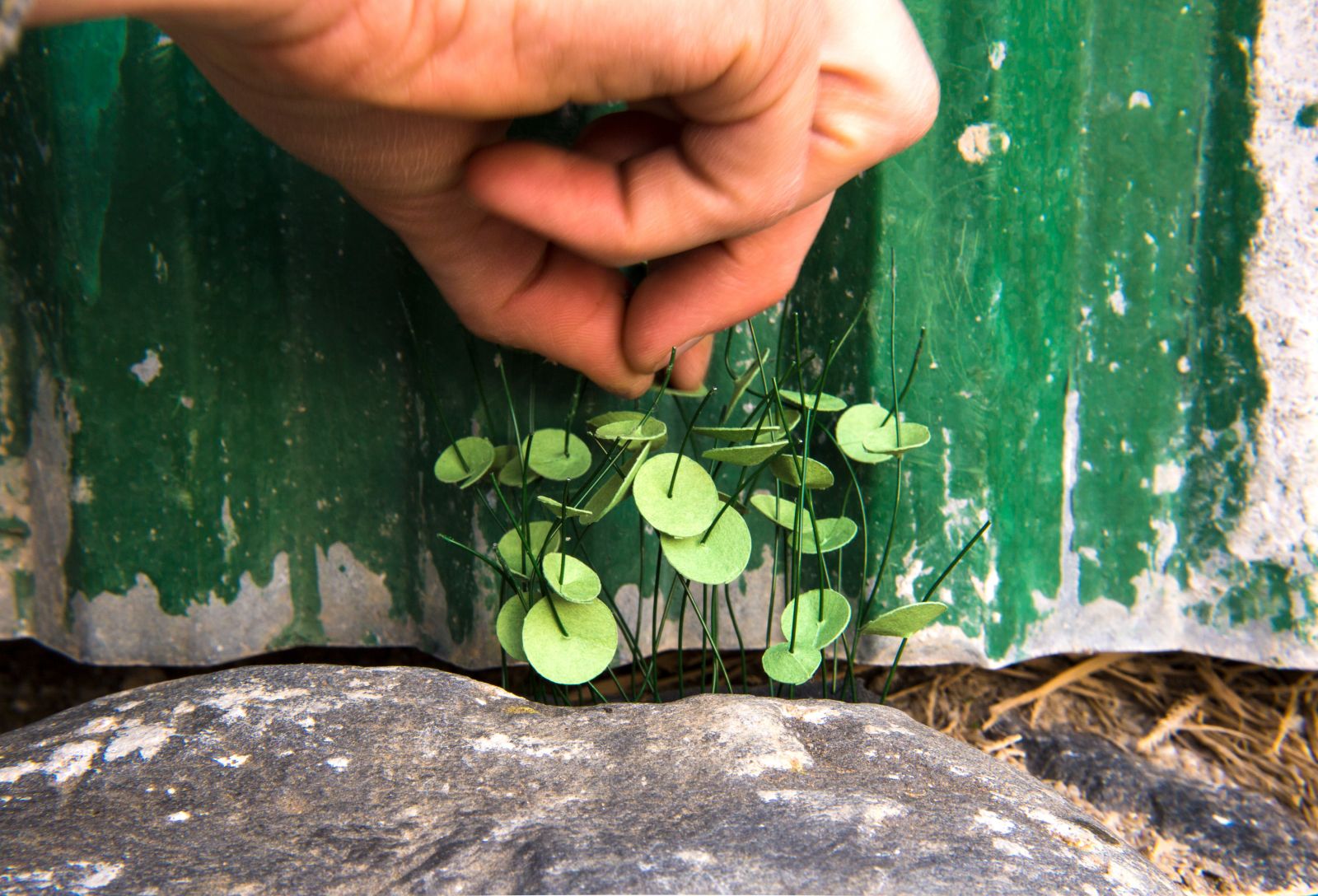 To accompany Pioneer Works’ screening of the animation, we produced tiny flip books revealing the growth of a solitary four-leaf clover.

The flipbooks were peppered around the grounds. Visitors were told to go find them, so they would have an auspicious good luck charm for their back pocket. Like an easter egg hunt:

Parallel with my work on this animation, I have been co-teaching a craft class at my favorite utopia, The School for Poetic Computation. The class, Crafting Material Logic, encouraged coders to think about physicality as “programmable” (to constantly question what aspects of the normally-taken-for-granted world around them they could tinker with.) I drug in Pizza Rat as a personal favorite example, but what we ended up discussing at length was the insanely baroque, thrilling way that The Way Things Go proceeds to perform the most basic of all artistic operations: 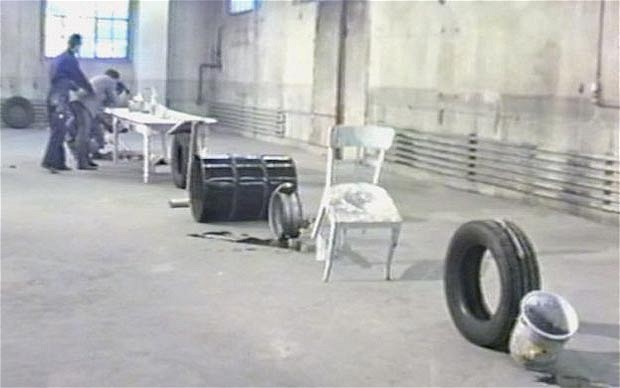 It does this by presenting a clattering, burning, exploding chain reaction. Normal household objects like tea kettles boil—steam propelling it down a track to knock over an object that ignites another, that swings another, ad infinitum (for thirty minutes.)

We took it apart to examine how it works. The film’s barely functional elegance is, like all art, a construction. As Jerry Saltz writes, “The Way Things Go appears to have been shot in what looks like some cold-water Zurich garage. A camera follows apparently without interruption — one long Godard Weekend-like shot. In fact, the film took almost a year to produce.”

If you watch it closely: abstract smoke, foam, or fire frequently fills the screen in order to hide cuts from human eyes unsuited to notice changes in abstract mush. These cut-points assume that failure will occur—they are structures used to limit the extent of the damage (then, when a take goes awry, only that segment needs to be reshot… not the entire sequence.) This is a filmmaking safeguard that I’ve always assumed originated with Alfred Hitcock’s Rope: 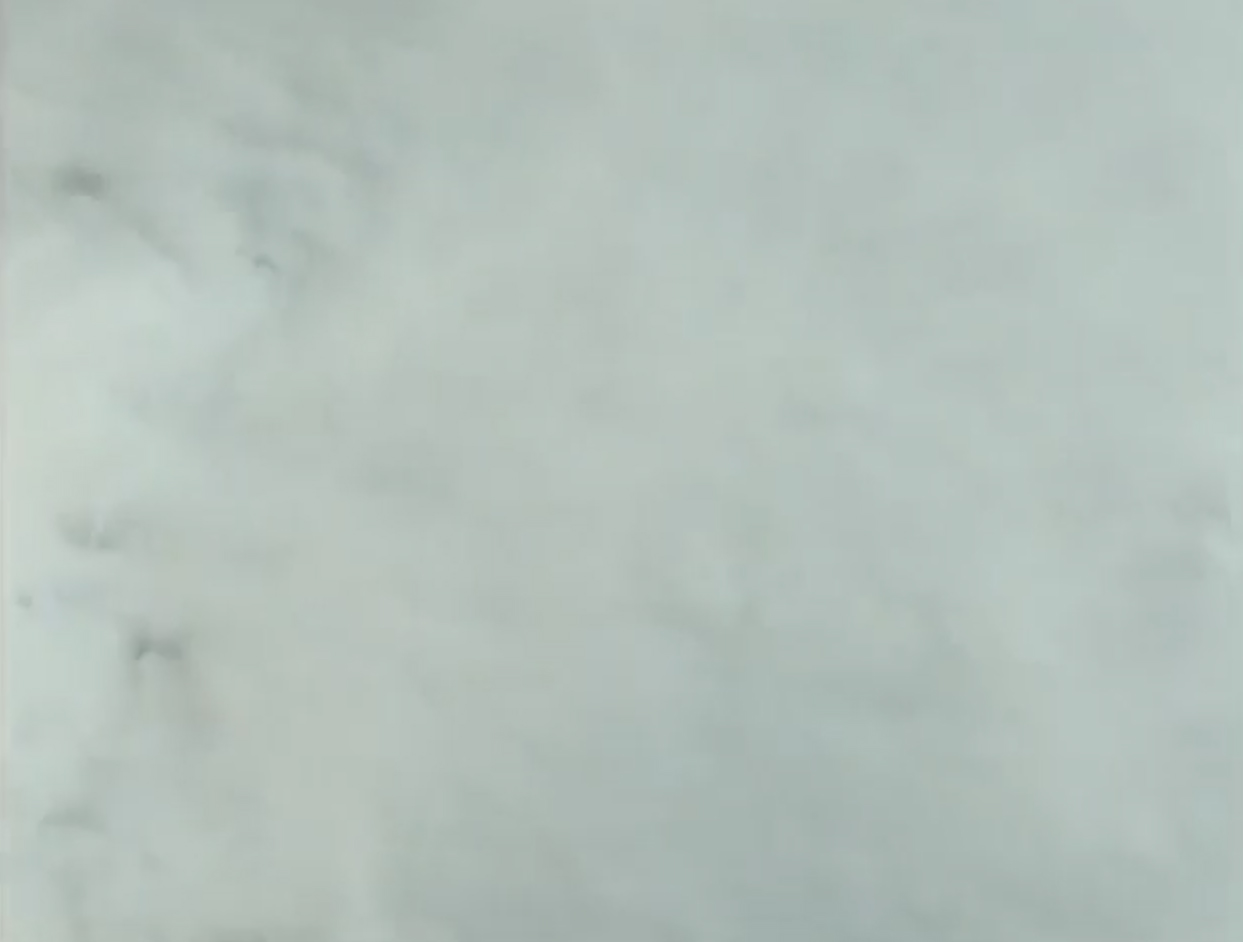 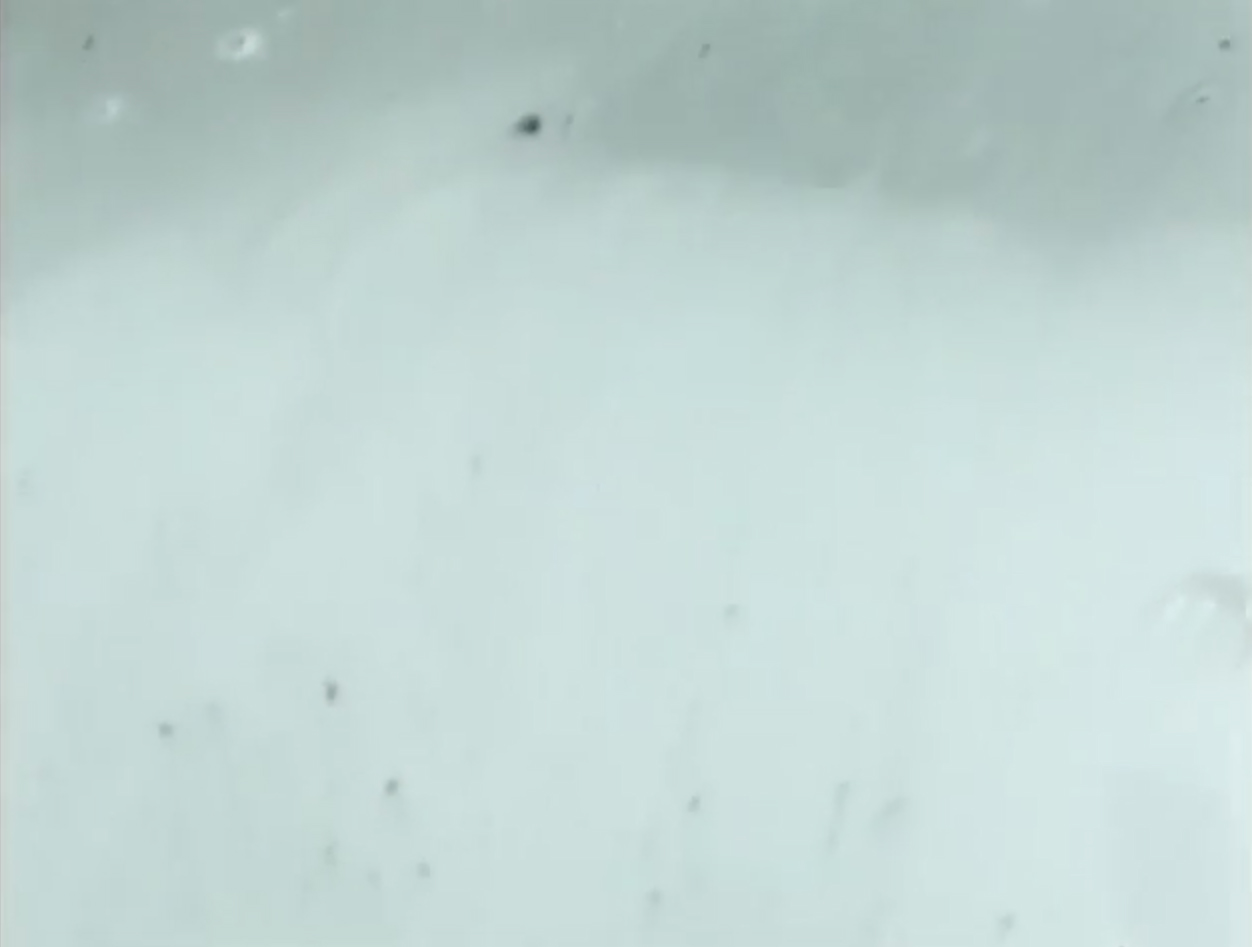 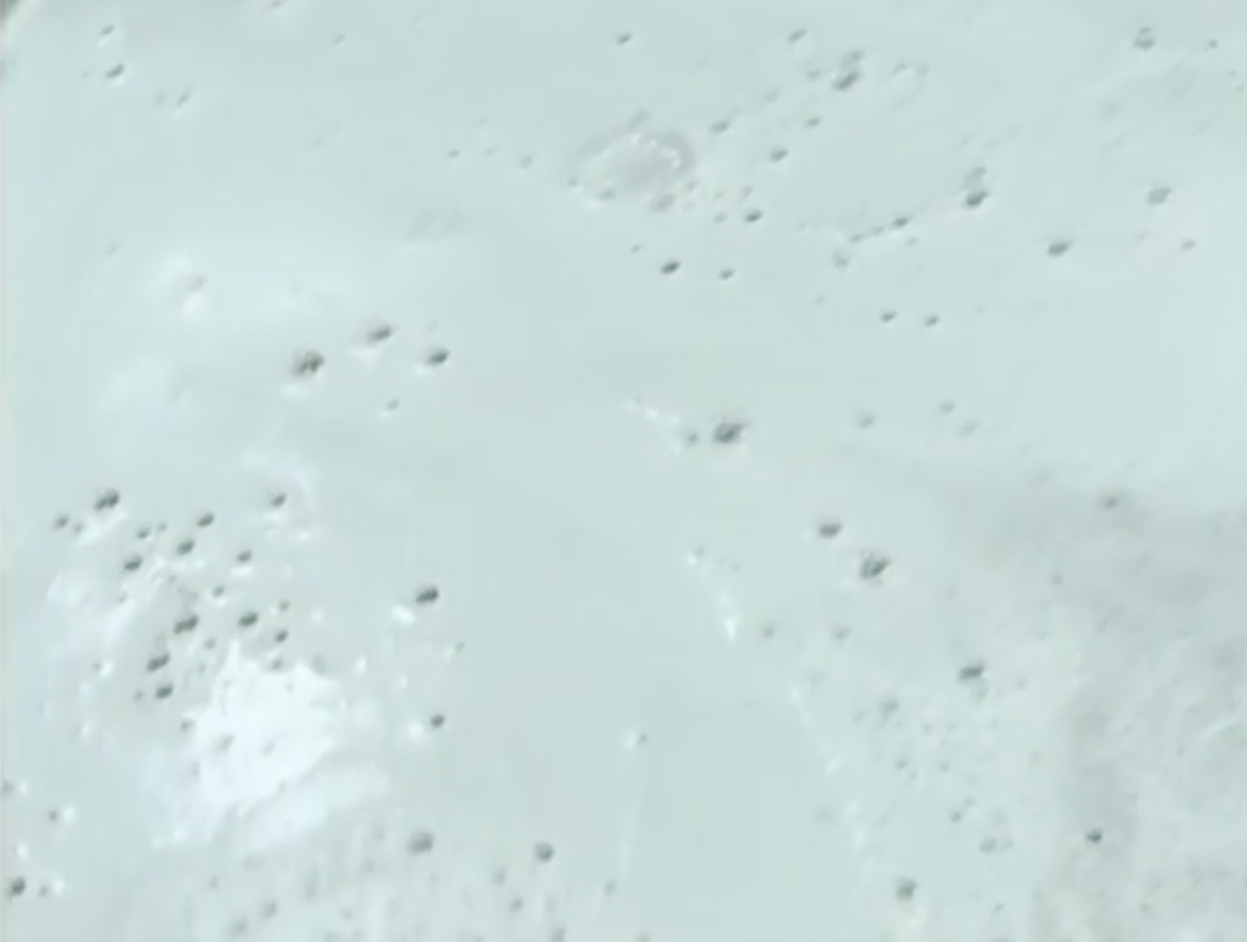 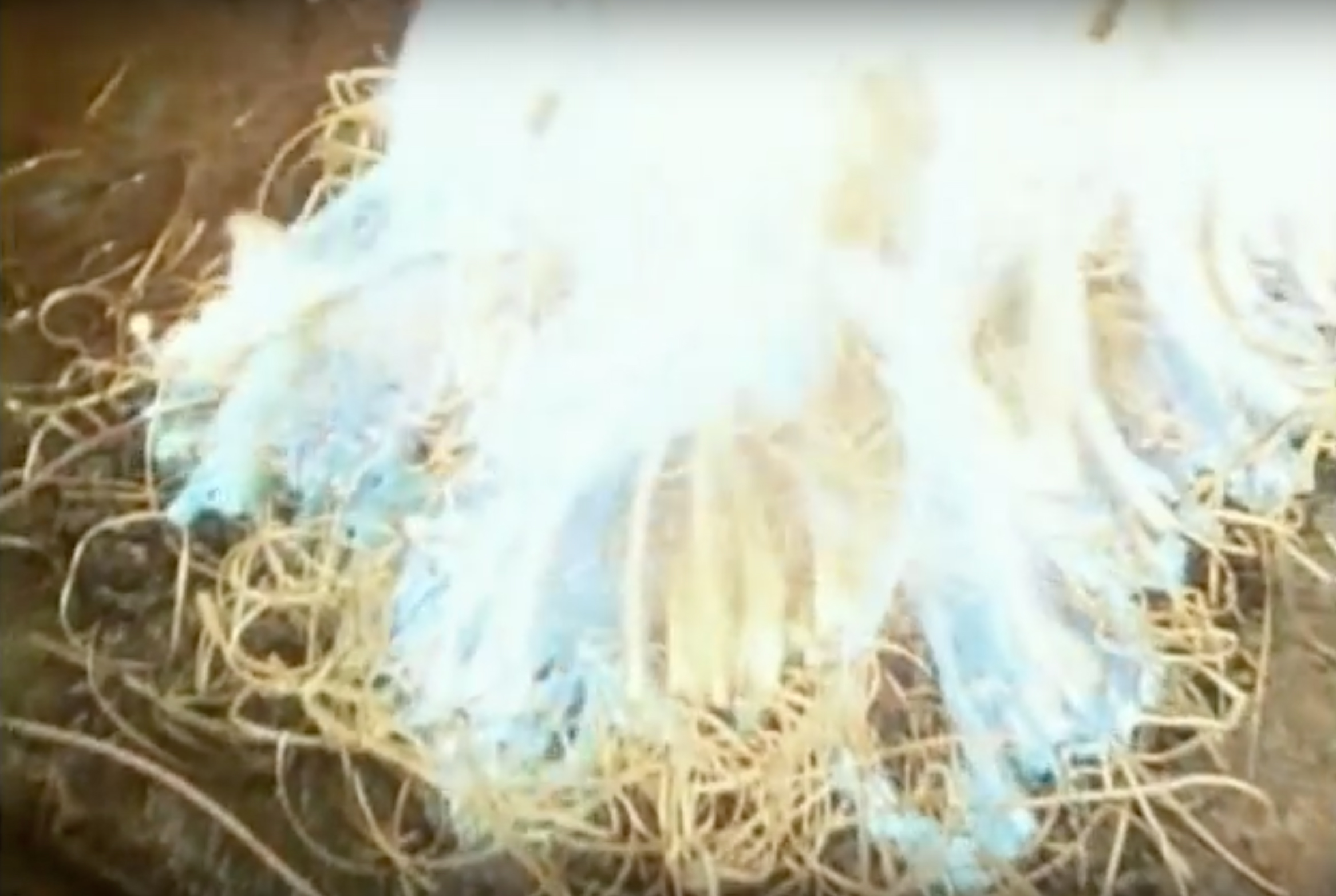 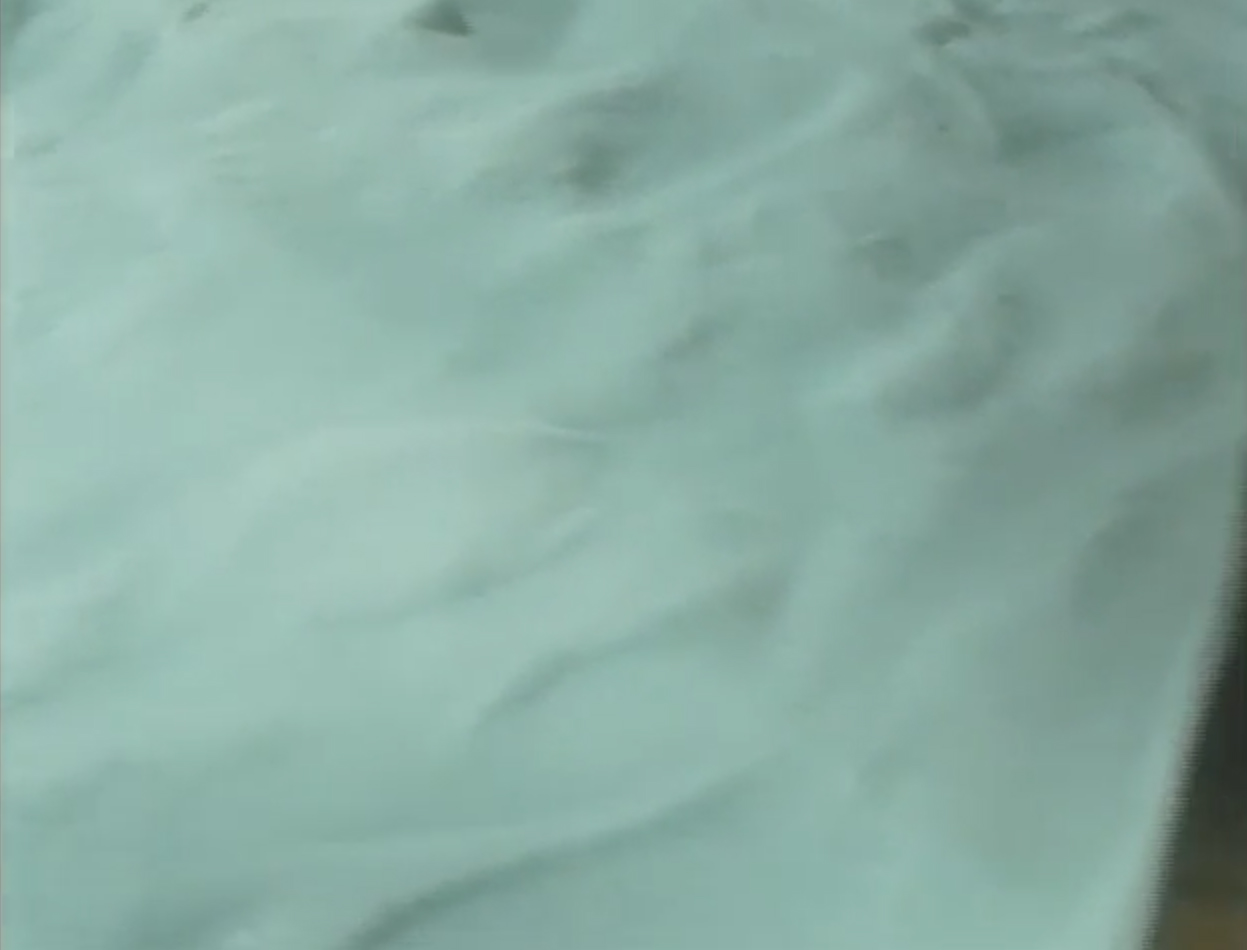 Thus, the second law of Thermodynamics was totally stage-managed in what is perhaps the most famous expression of it. And… of course it was.

About the film, Saltz writes:

“…beauty is that which works, and how, in all its nobility, humility, and believability, beauty produces pleasure and knowledge. Fischli and Weiss have said that by removing function … objects are no longer enslaved by it … this opens a space in which to do something else.”